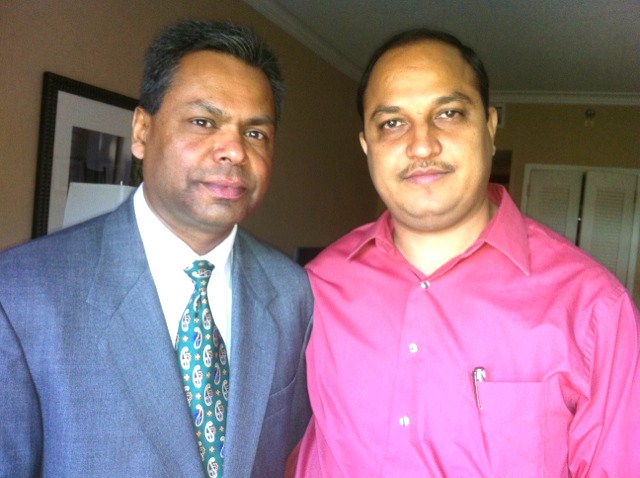 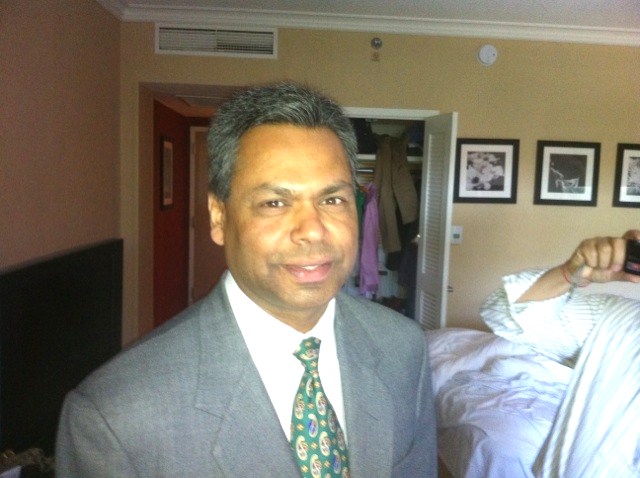 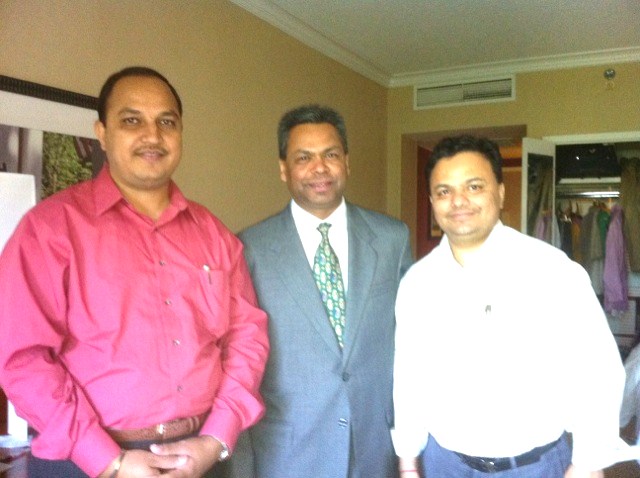 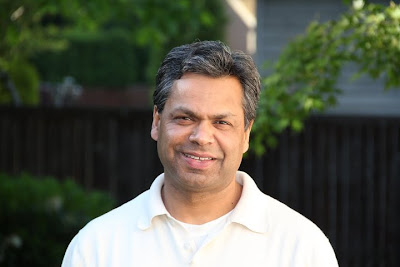 Bothell, WA – June 27, 2011 – With Rep. Inslee's imminent announcement for Governor, successful business executive and local political activist Darshan Rauniyar announced today he is running for the Congress in Washington's 1st Congressional District. "I came to the United States of America 20 years ago in pursuit of an education and to follow the American Dream. Through hard work and determination I completed my education and put it to good use in the technology sector. Becoming a naturalized citizen is one of my proudest accomplishments, and I am a proud example of the American dream.
"I am saddened, however, to have witnessed America move away from its founding principles", Rauniyar continued. "We have become a country that has forgotten the health and welfare of its citizens. We have lost our focus, and spent trillions of dollars in an unjust war, while our economy has suffered, and essential government services have been cut. This is not the America our founding fathers envisioned, and this is not the America I came to. I am running for Congress to bring America back to its founding principles - life, liberty and the pursuit of happiness for all. I am not a career politician, but someone who believes in this country and its people, and want others to have the same opportunities I’ve enjoyed."
Rauniyar continued, "I want to thank Representative Inslee for his service and wish him well on his run for Governor. His principled leadership on environmental and energy issues is inspiring. This race will likely be crowded, and I look forward to talking and listening to voters across the district, and hope to have the honor to represent them in Washington, D.C. This country needs a strong leader with innovative ideas, to bring back our strong manufacturing base, create a vibrant economy, establish a dedicated revenue stream for education, and find a way to provide healthcare to all of our citizens. We can do all of this by taking care of America first, and reflecting our values in our politics. We will continue to make this the greatest nation in the world, and I am ready to take the challenges and stand up for the voters in Washington’s 1st Congressional District.”
Rauniyar was raised in Kathmandu, Nepal. He came to America in 1988 in order to study Electronics Engineering at the Oregon Institute of Technology. He later received his Masters in Business Administration from Portland State University. He has held various senior-level positions in technology companies, and later went on to be a successful entrepreneur and businessman. He has been active in the politics for over a decade, and has campaigned for many local, state and federal candidates. He is an elected Democratic Precinct Committee Officer, and was served on the Executive Committees of both the 1st Legislative District Democrats Executive Committee and the Snohomish County Democratic Executive Committee. He is a member of the Snohomish County Human Rights Commission and the Snohomish County Parks Advisory Board. He has served as a Board member for numerous non-profit organizations.
Rauniyar lives in Bothell with his wife and two sons aged 5 & 11.
Contact:
Darshan Rauniyar
Phone: (425) 780-1800
Email: press@darshanforcongress.com
Web: www.darshanforcongress.com
##
अन्तराष्ट्रिय कलाकार मँचका तर्फबाट .......

Let's Supprt Hon. Darshan Rauniyar for US Congress
Dear Friends:
Mr. Darshan Rauniyar is running for congress from Washington 1st Congressional District.  I just had a conversation with Mr. Rauniyar and very happy to report you that he is the person we have been waiting for in the United States congress. I have full faith on his expertise, professionalism, better future for our children, better health care system, diversity, inclusion and regaining international respect ever than before in his leadership in the US Congress. Being MBA and Engineering degree and origin from Kathmandu Mr. Rauniyar has vision and perspective to improve the economy and unemployment.
I respectfully request you to support  financially, logistically and every aspect to fulfil his dream to run for the US Congress from 1st Congressional District, WA for the best interest of our Children and better future of Asian American in the USA.  He is planning to visit ANA Convention. His detail information are as follows.
Thank you,
Regards,
Hari K.Sharma, CPA, Virginia, US
Posted by www.Nepalmother.com at 8:23 PM

Email ThisBlogThis!Share to TwitterShare to FacebookShare to Pinterest
Labels: javascript:void(0)